Before we could install our new spare wheel holder to the back door, we had to change the 270 degree door hinges of our Sprinter to 180 degree hinges. No sooner said than done!

Regarding our travel destination and wanting to discover remote places, we will probably not always drive on paved roads. Not without reason did we choose a four wheel drive vehicle. Even though it does not necessarily have to happen, the chances are high that it will happen: a flat tire. May it be due to damaged roads, rubble, nails, glass or maybe even bad luck.

The Sprinter originally comes with a spare wheel holder as well as a spare wheel installed below the vehicle. But we removed it in favor or our grey water tank – so far, so good.

We got a new holder for the spare wheel which we will install to the left back door. This black spare wheel holder is made of 40 mm steel tube and powder coated. The installation of a spare wheel holder of this kind is only possible on doors with 180 degree hinges. So we searched for fitting hinges online and found some on eBay.

But because we actually really like the 270 degree hinges, we only changed them on the left door and kept them on the right door. Same as for the installation of the awning, we recommend two strong people to do this together. To change the hinges, the door either has to be taken off completely, or, if you do not want to uninstall the cabling of the lighting for the license plate, has to be held the whole time. We chose the second option and then installed the door back on the vehicle with the 180 degree hinges. Then, the back doors had to be readjusted.

Compared to this, the actual installation of the spare wheel holder was quite easy! It is attached to the door hinges with four screws (two screws per hinge) and backed with fitting metal pieces with a thread that were included. 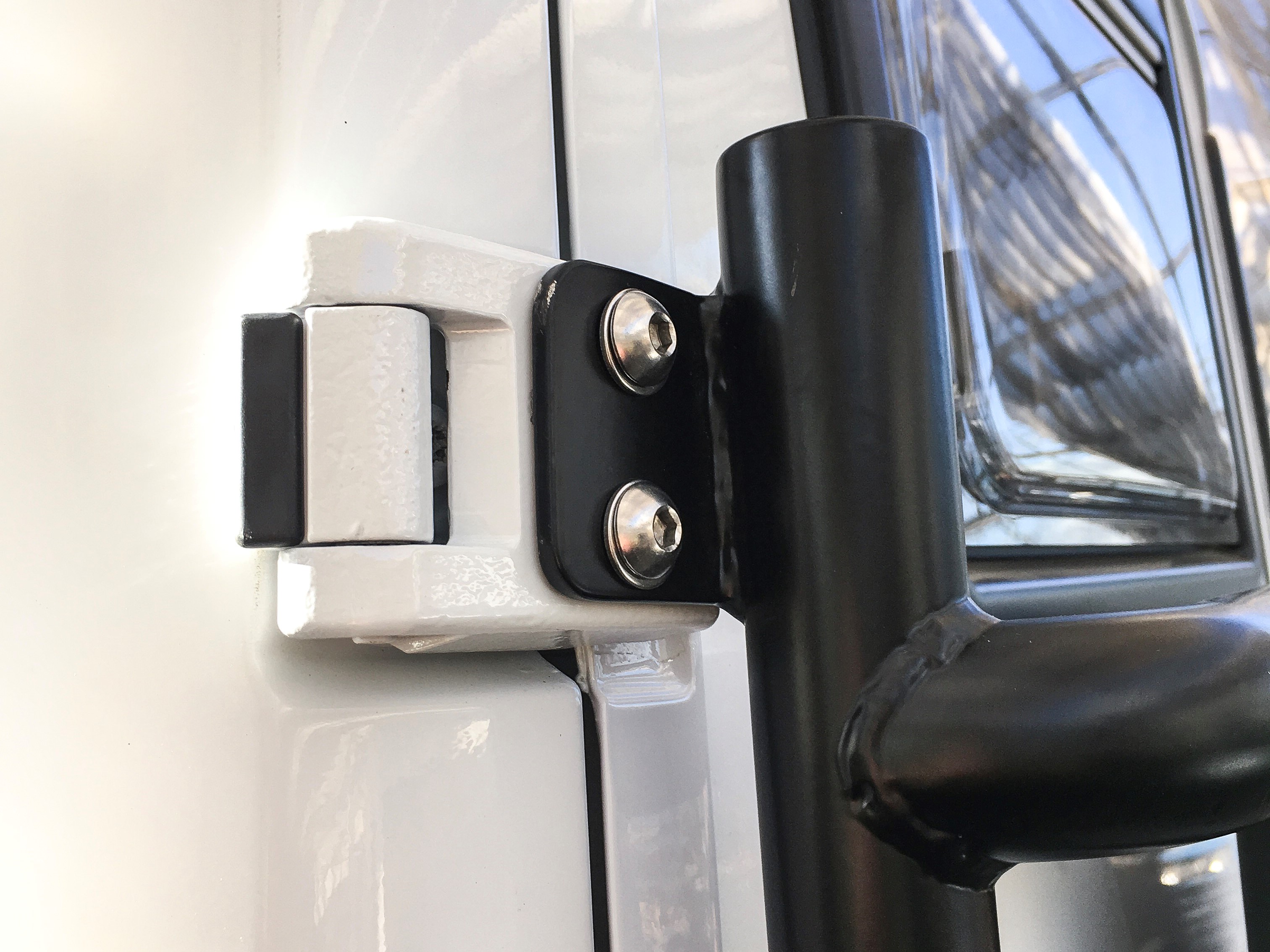 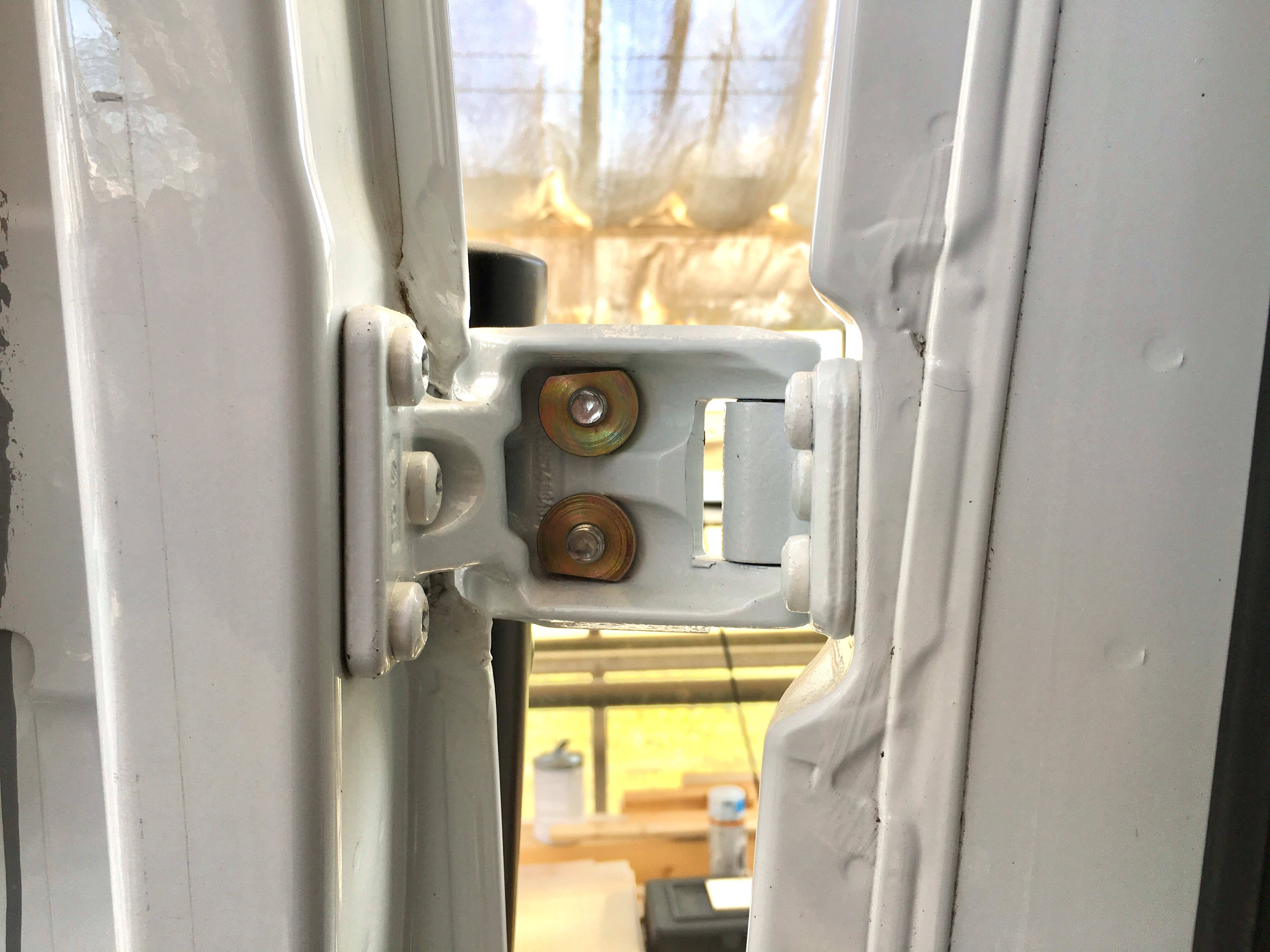 One more screw goes to the door itself, backed with a plate that also came with the holder. For some reason, the plate did not fit exactly even though it was apparently made for this. But we cut it to size without any problems. 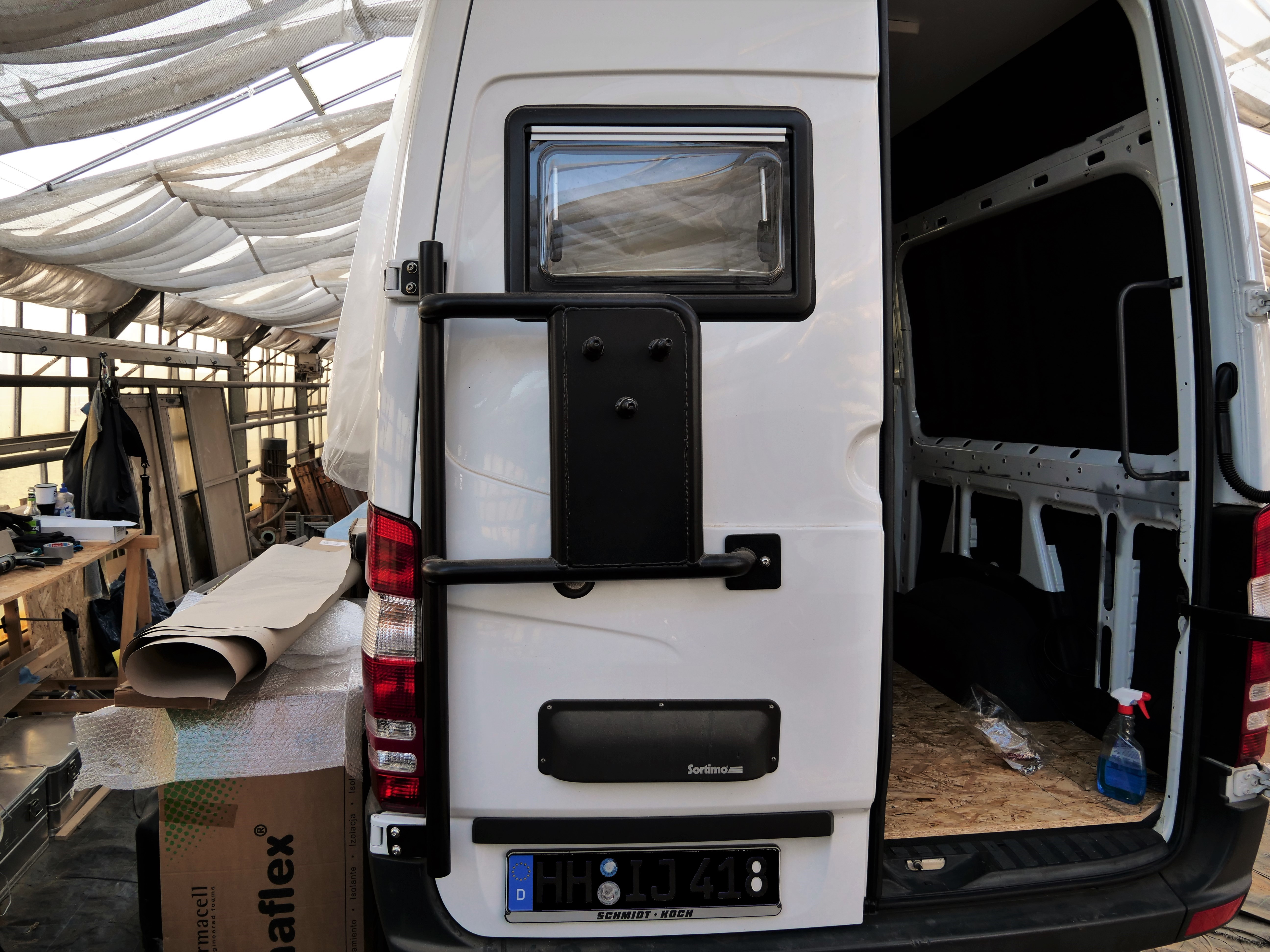 Now you might notice that one of our back windows is partly covered by the spare wheel. Why did we not choose another holder then? Because if the wheel sat lower, the tail lights would be partly covered – this would lead to problems with the German TÜV. We look at it in a positive way: We can leave the window slightly open without the risk of somebody breaking in 😉 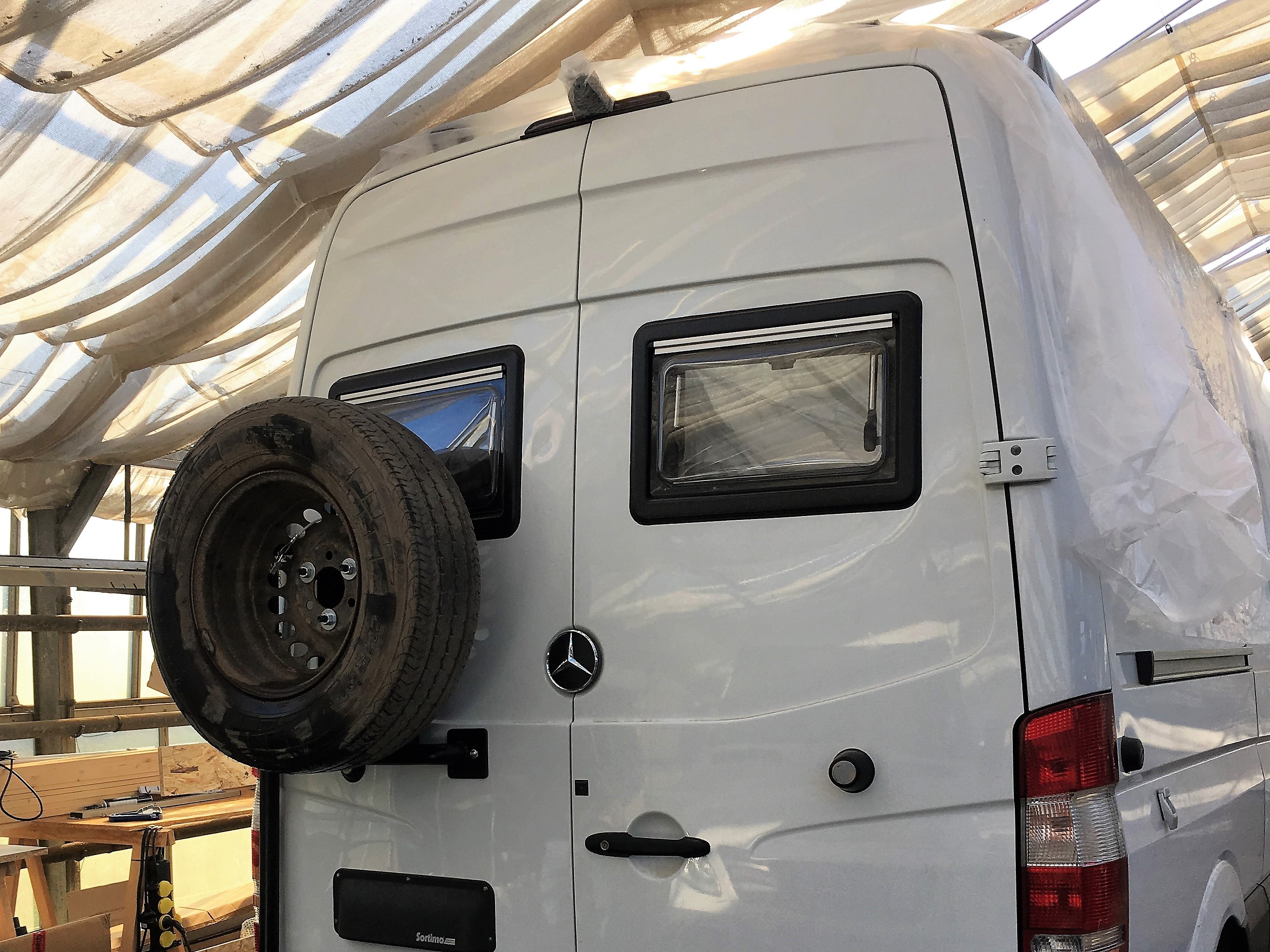