A snorkel on a 4×4 offroad campervan does not only look good and increases the fording depth, it also prevents the intake of dust & dirt and therefore protects the engine from it. We install a Bravo Snorkel and a second battery!

Besides the great looks, a snorkel (elevated air intake) has a protective role: It protects the filter of the vehicle and therefore the engine from dirt and water, by which the driving performance is improved and the durability is enhanced.

Air:  Dust, dirt and debris are raised on sandy and paved roads by the own vehicle as well as by others. The higher the air intake, the cleaner the air. With the elevated air intake by a snorkel, dust and dirt are less likely to get into the filter of the vehicle. Thereby the engine performance is steady and possible damage of the engine by dirt is prevented. The filter stays clean which makes a higher airflow which saves gas. And the filter needs to be changed less often.

Water: The fording depth is increased by an elevated air intake, so the engine can not be damaged by water. But despite the snorkel, when crossing water, fluid boxes, electrics or electrical components in the engine compartment might not be protected against incoming water. Also the water could get inside of the car through the doors, of course! Our 4WD Sprinter already has a fording depth of 610 mm, but we still have to consider the external plug, service flap and chimney when crossing water.

Offroad: When you’re out and about off the regular roads, driving long distance under tough conditions, your priority lies on the reliability and durability of the vehicle. On the PanAmerican Highway, we will probably drive dusty and sandy gravel roads, maybe cross rivers and all of this far from any mechanical workshop. That’s why our 4×4 Sprinter gets a snorkel!

Installation of the Bravo Snorkel

Bravo Snorkel is a leading snorkel-manufacturer in Europe and has quality as well as material certificates according to European guidelines, including a CE-certificate. It has a warranty of 5 years. The snorkel weighs approximately 5 kg.

The kit is available online for the Mercedes Sprinter W906 as well as the Volkswagen Crafter as of 2006. The package includes the snorkel, head, template and component parts.

The snorkel is installed on the drivers side. The template has to be put right at the edges of the fender. 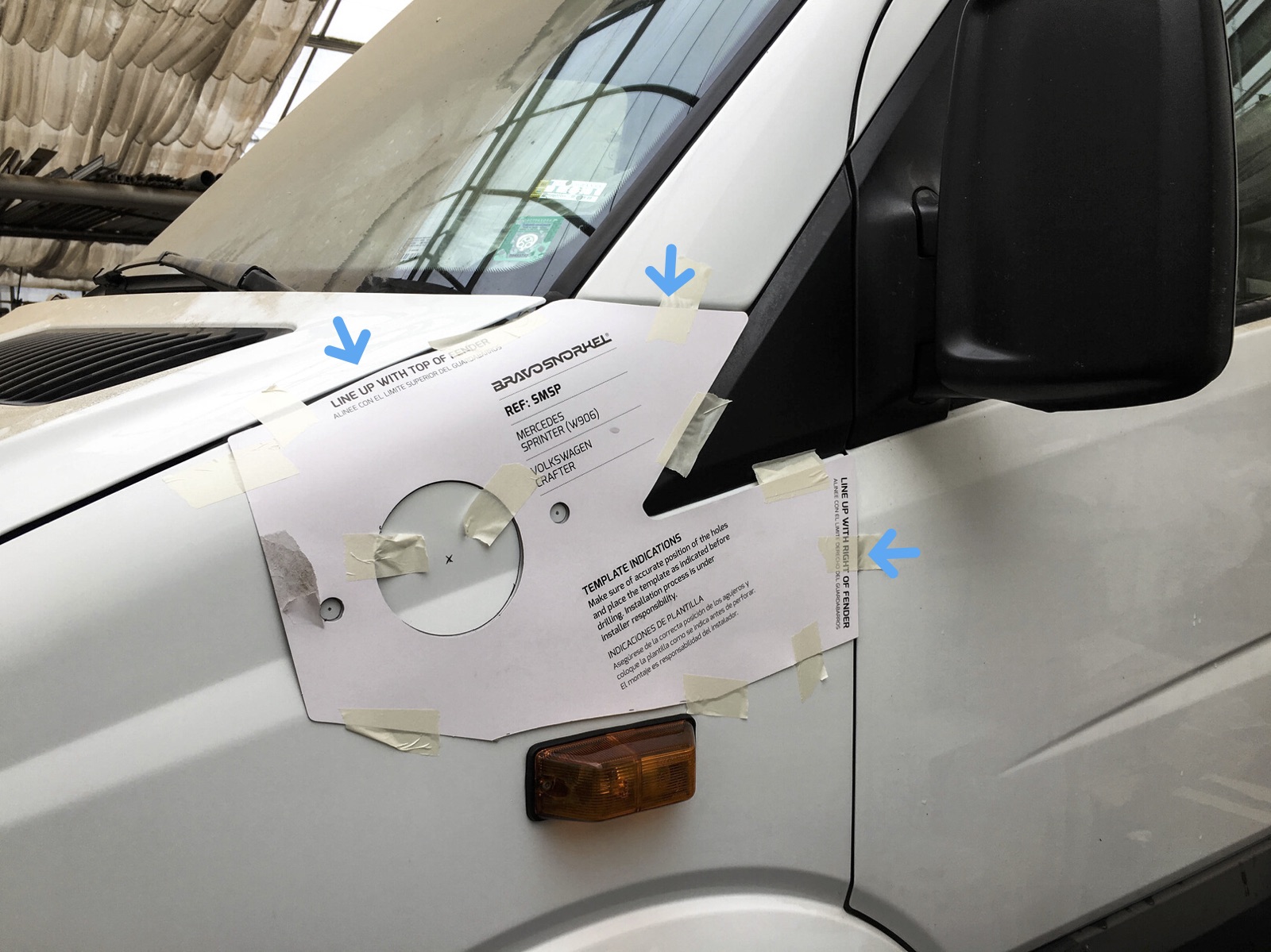 Now you can draw the cutout and holes. 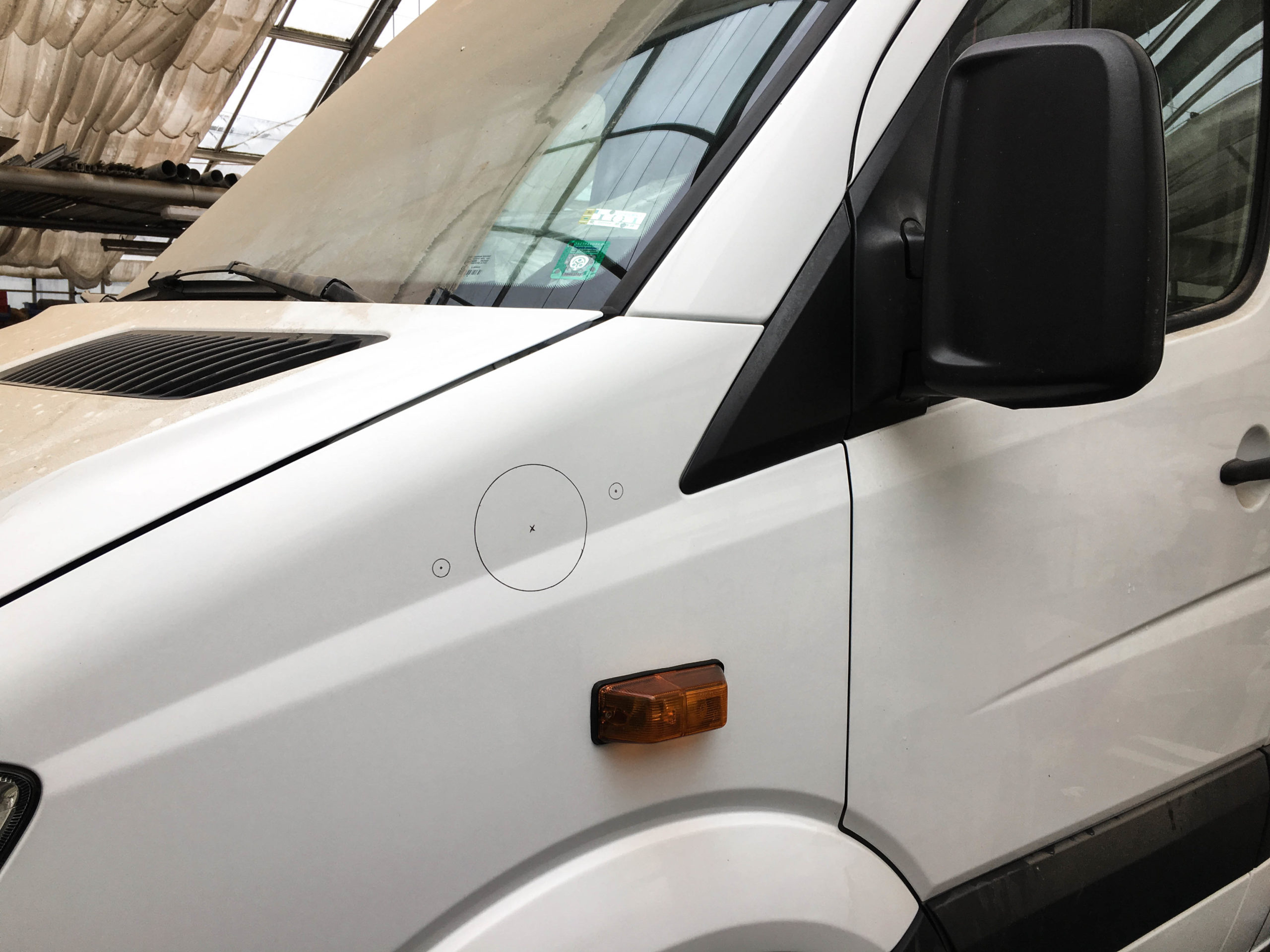 We cut the big hole using a hole saw.

This is what the cutout and holes look like from the outside and the inside. Check the engine compartment before and if necessary, push aside any cables or wires. Unfortunately we had to cut off the ground pin for the second battery. But now we will use a „new“ ground pin when putting the second battery back in. 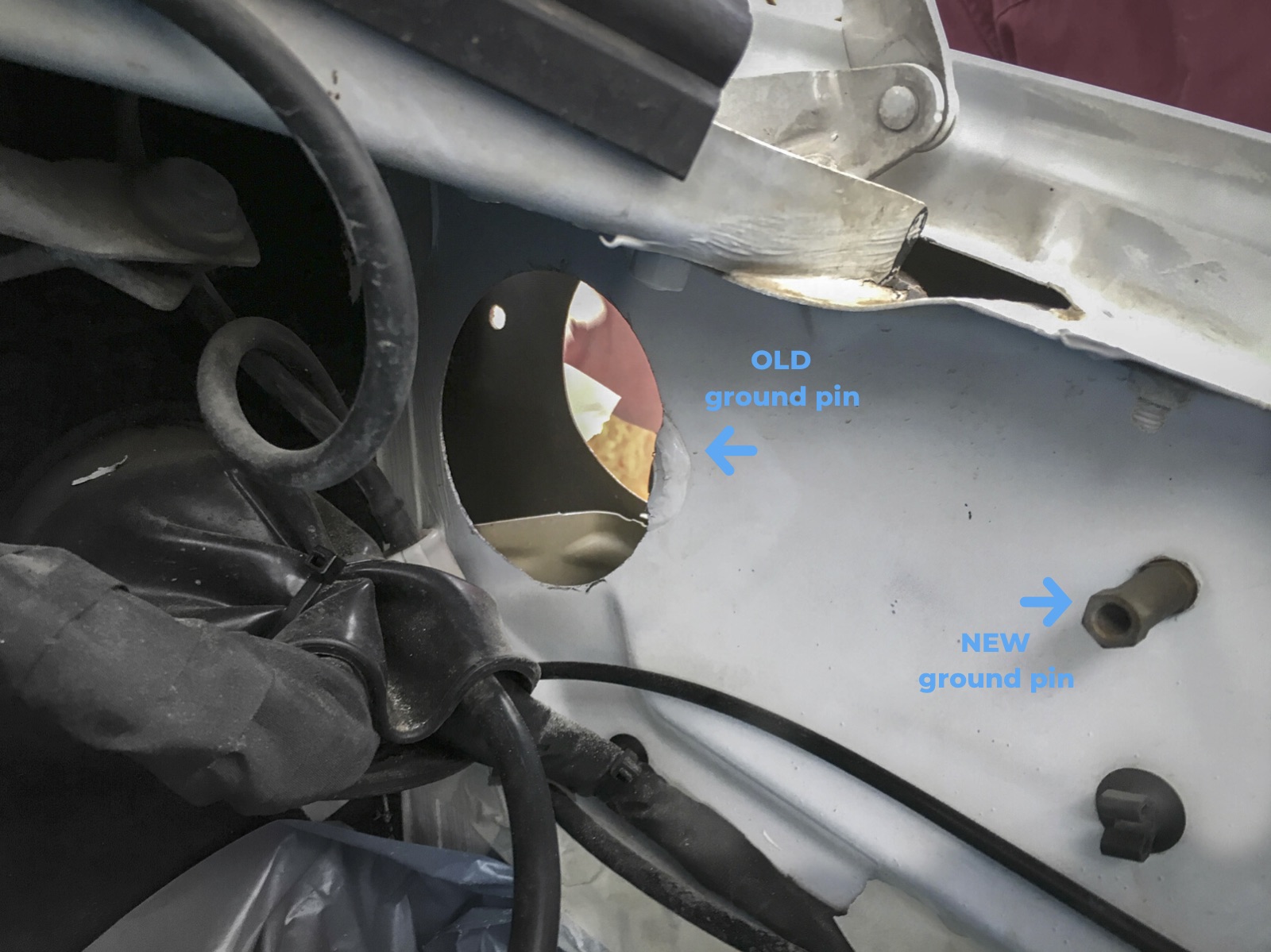 Then deburr and file the edges. 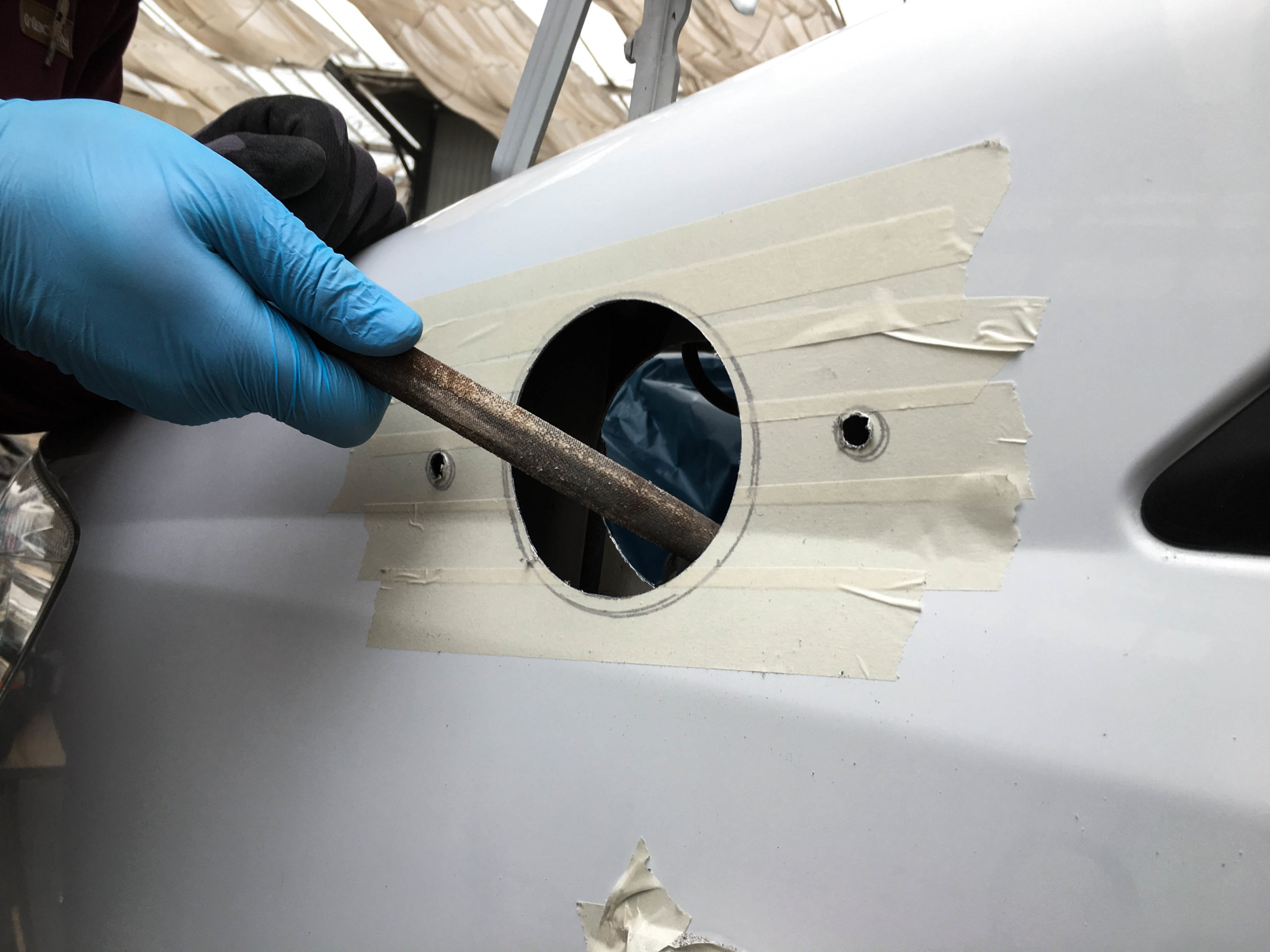 Add primer to the edges of the cutouts so they cannot rust. 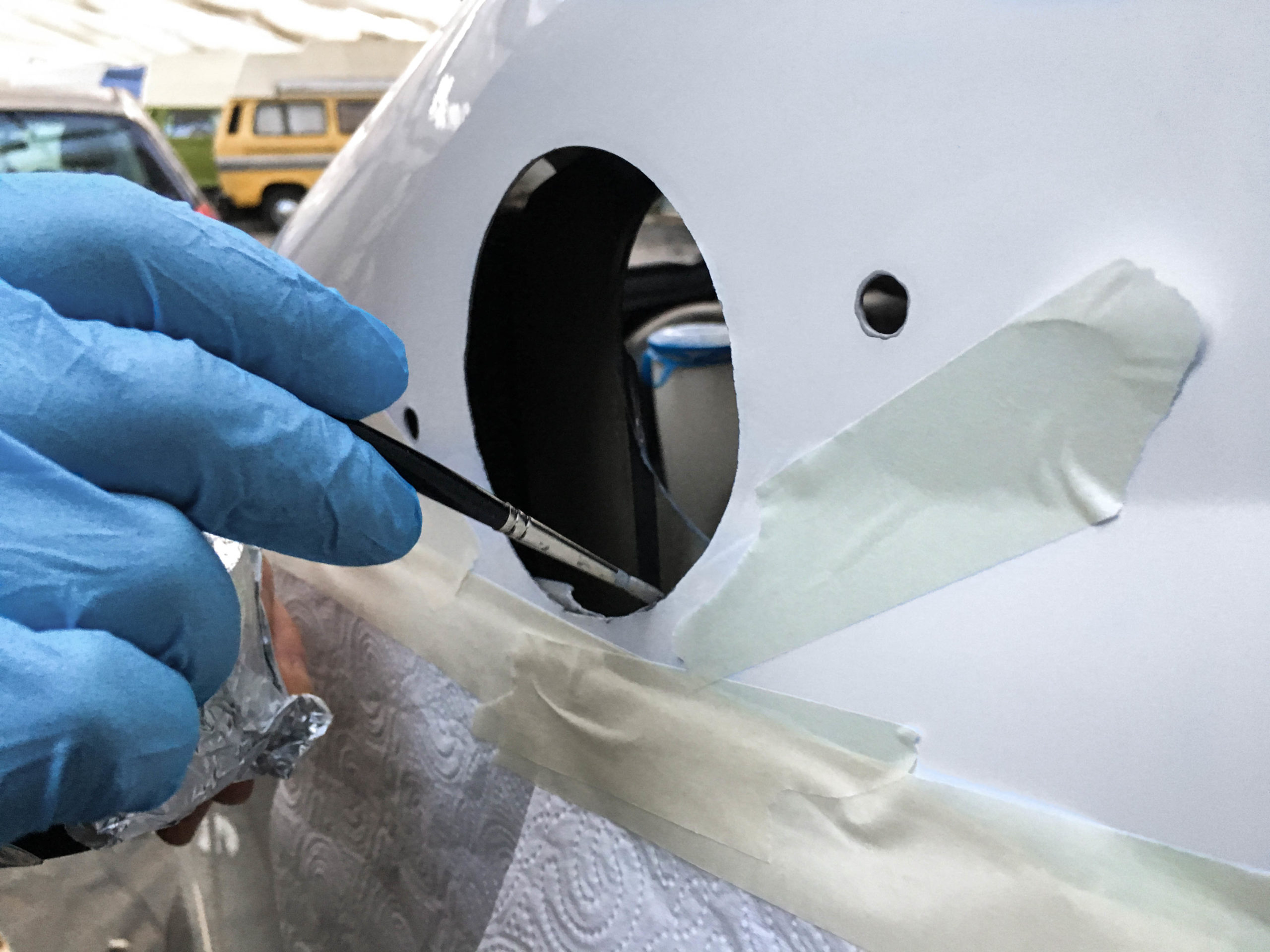 After the primer dried off, we installed rivet nuts into the two holes. 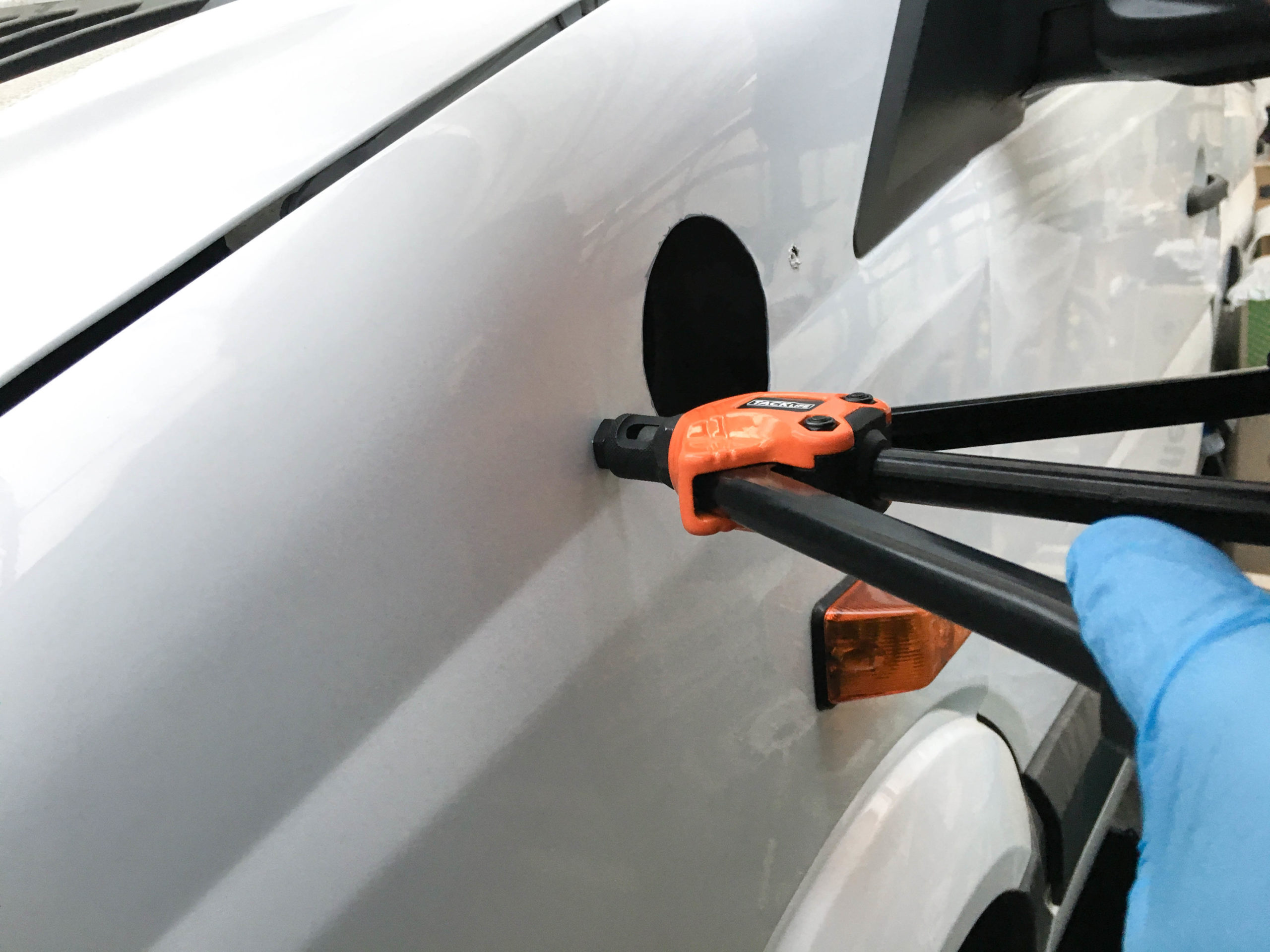 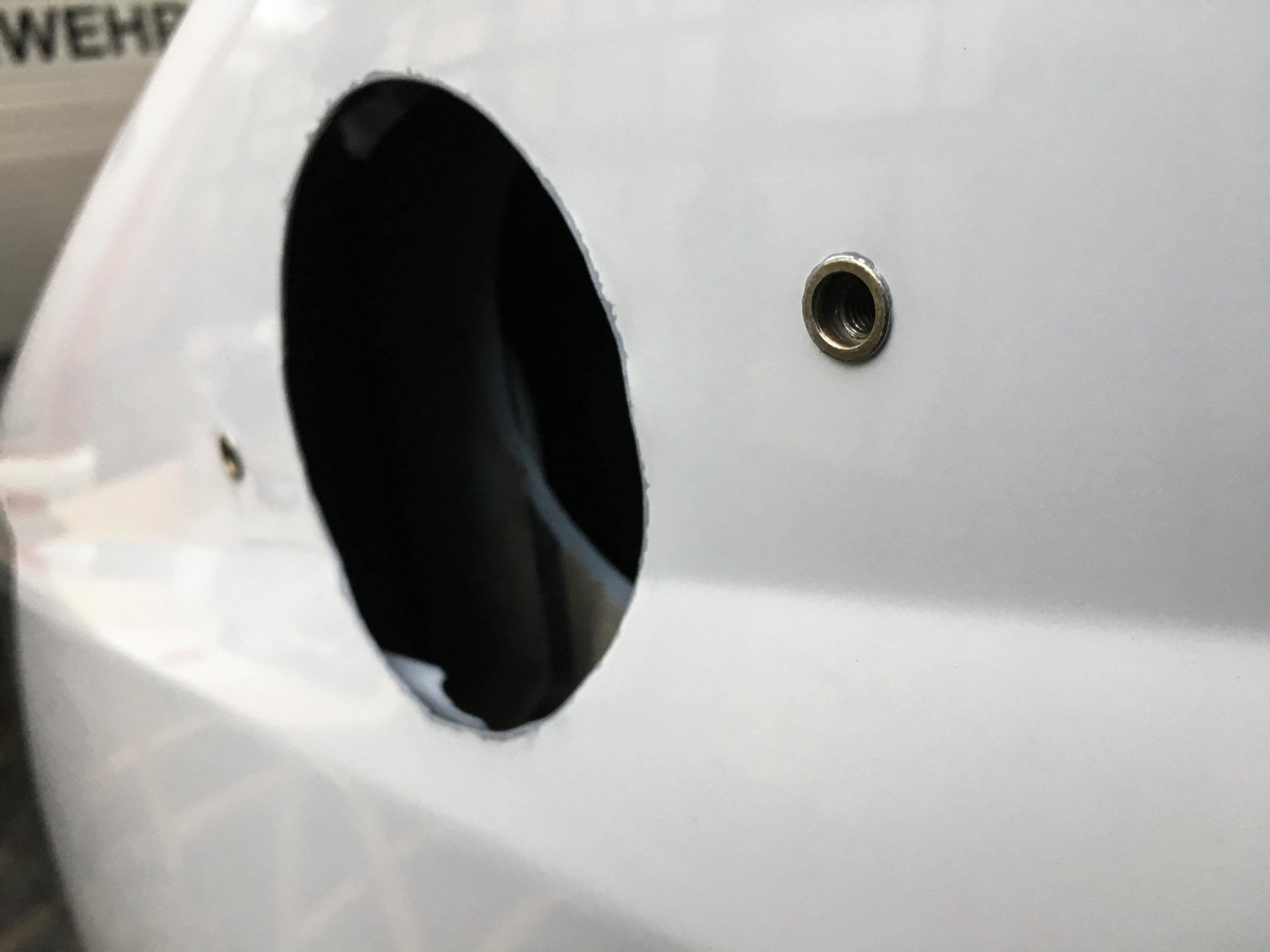 Up next we put up the snorkel to mark the position of the top three holes for the mounting. Then cut and sanded the holes. 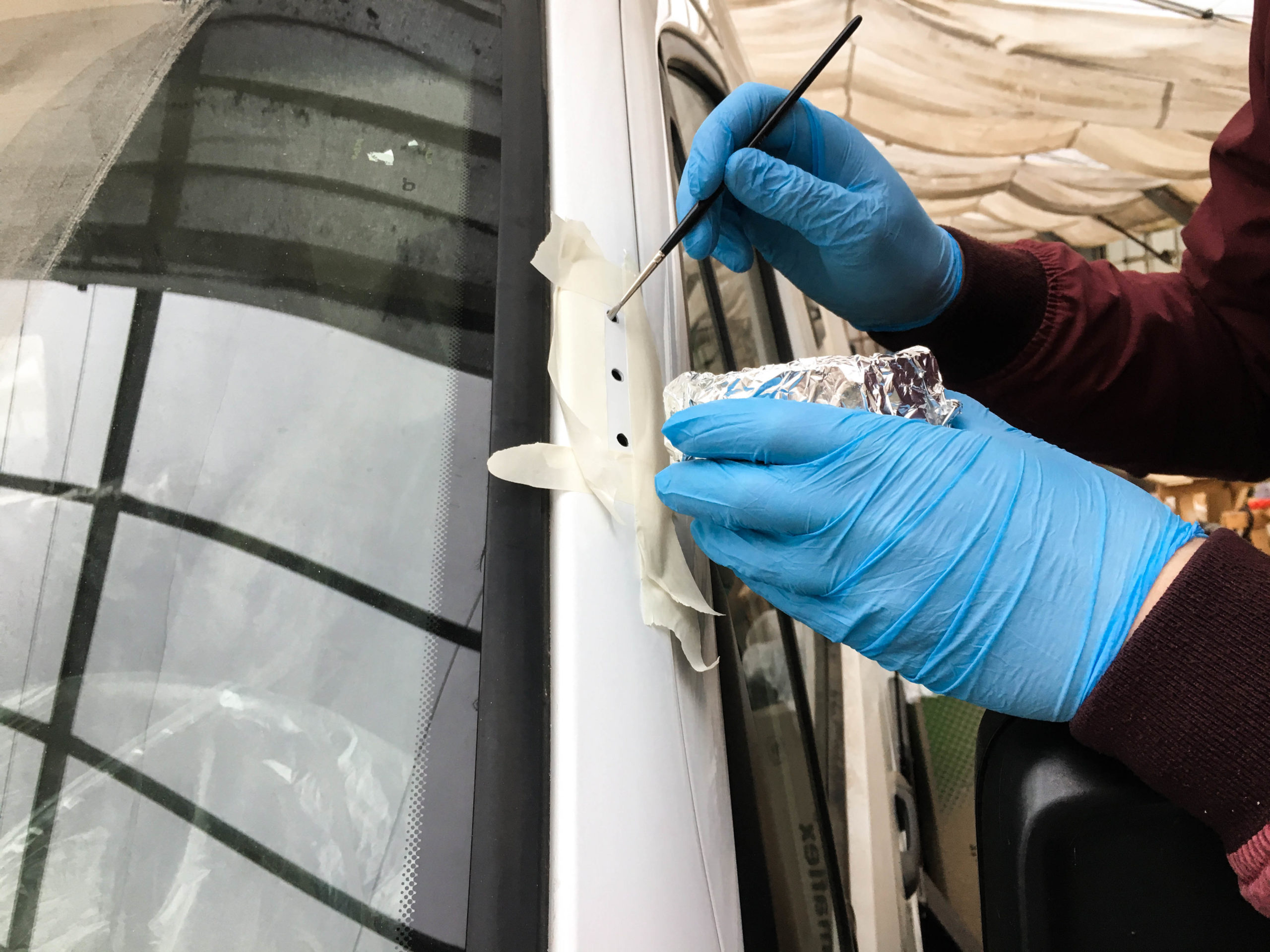 We decided to use rivet nuts, instead of the regular and included screws, because they are more durable and long-lasting. 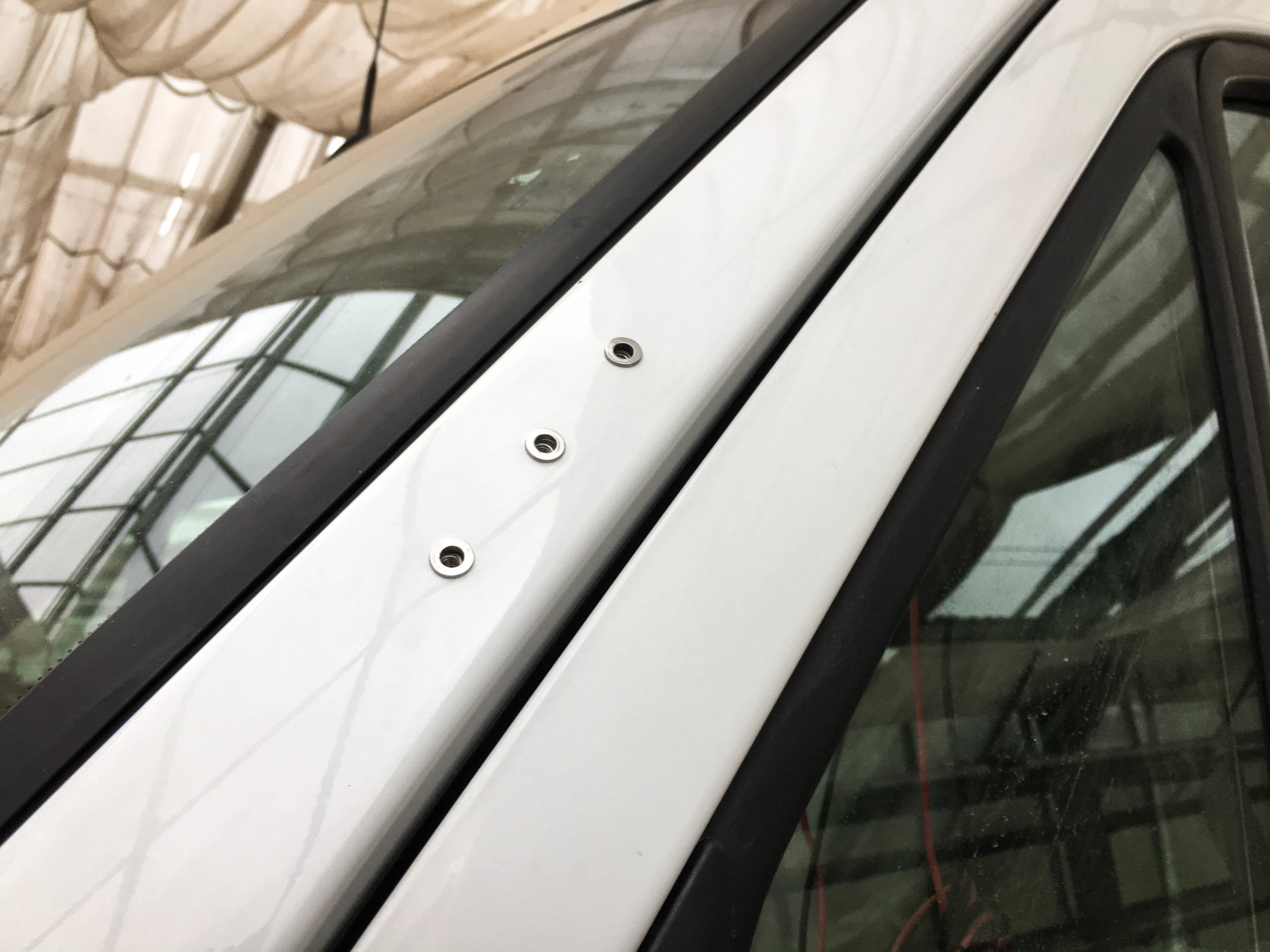 Then we added the construction glue Sikaflex 252i to seal the holes. 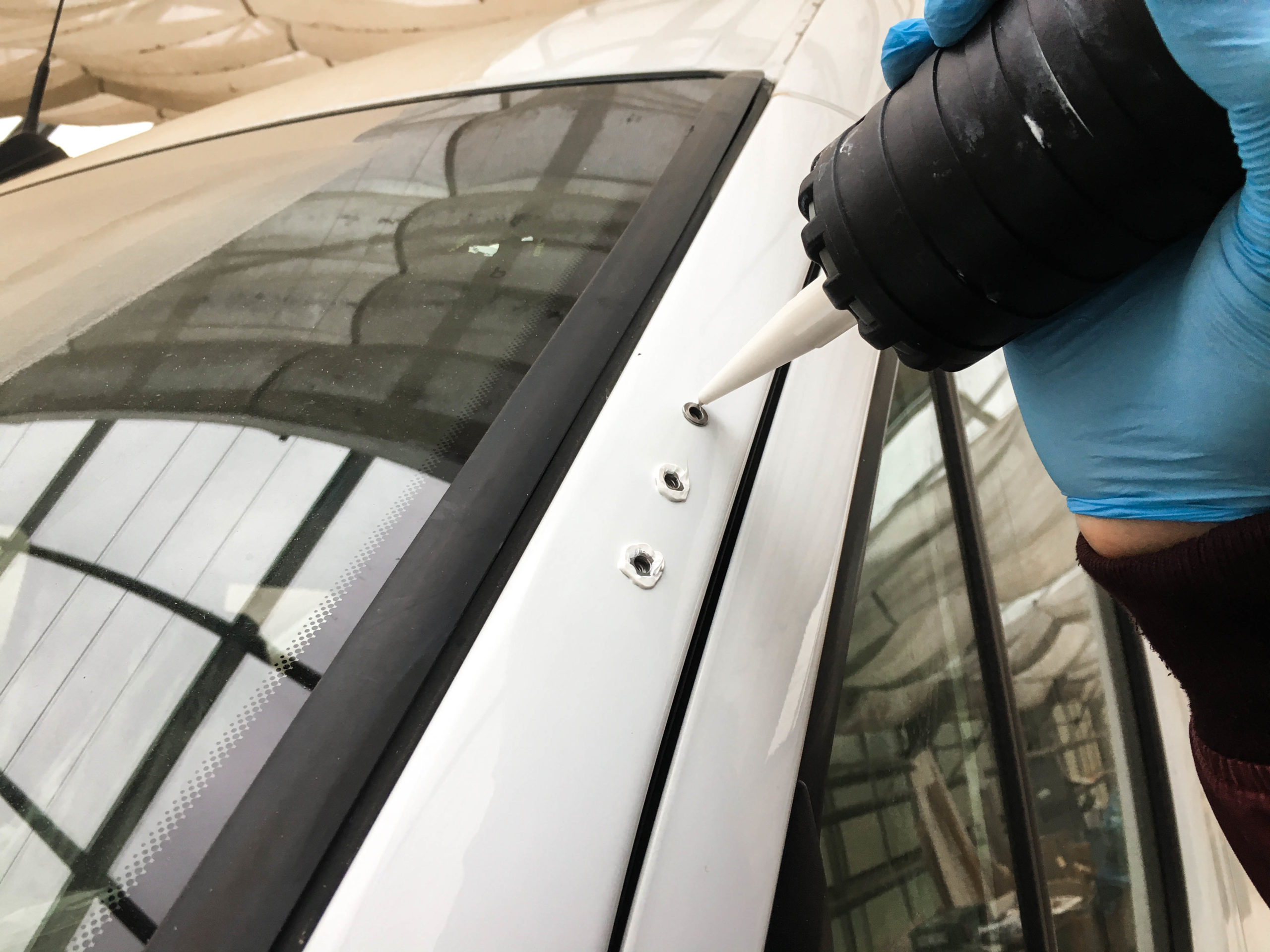 Afterwards we installed the mounting for the snorkel. We used rust free screws and shims made of A2 stainless steel. 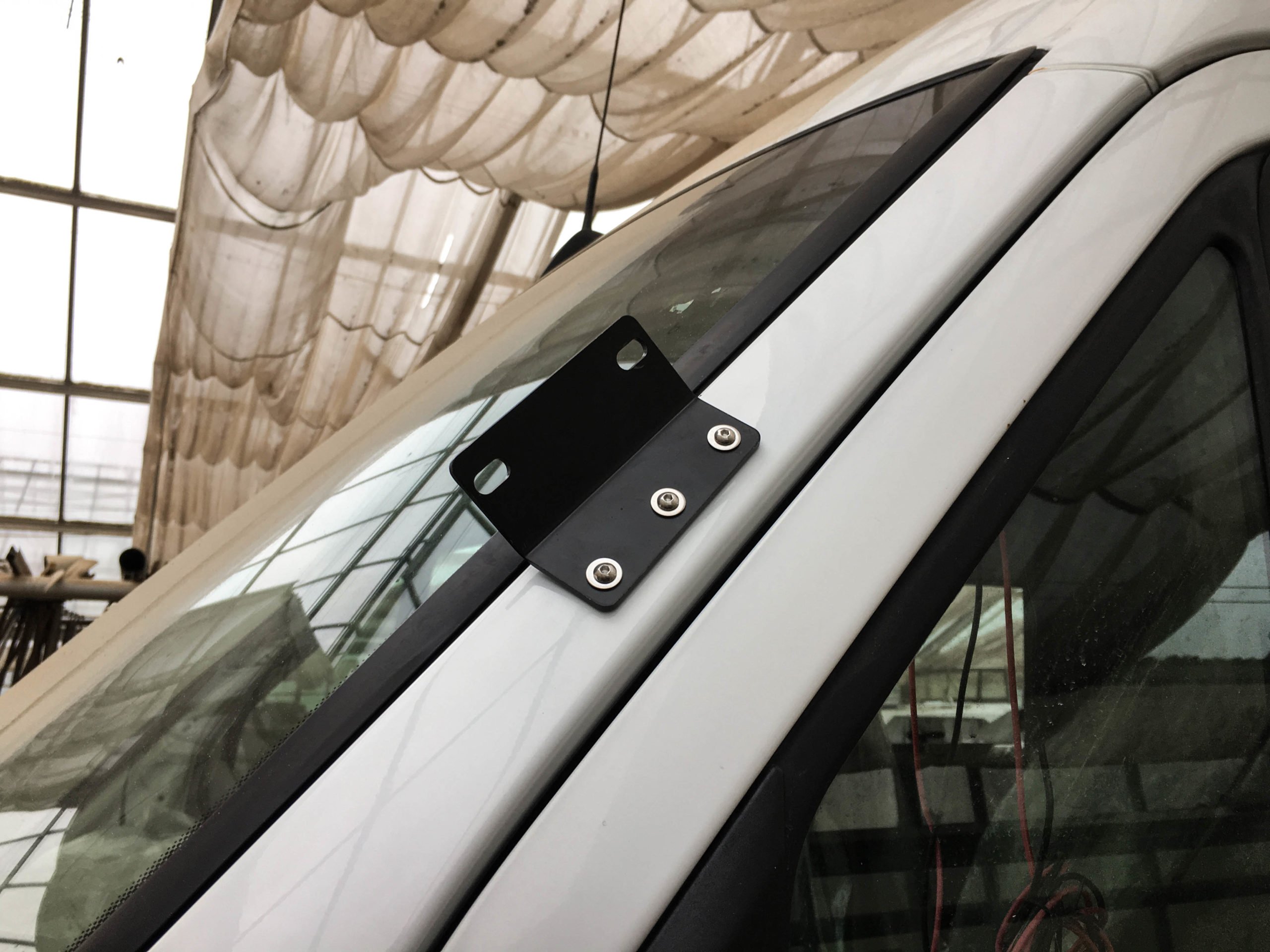 Then we added Sikaflex 252i to the other holes and the cutout as sealing. 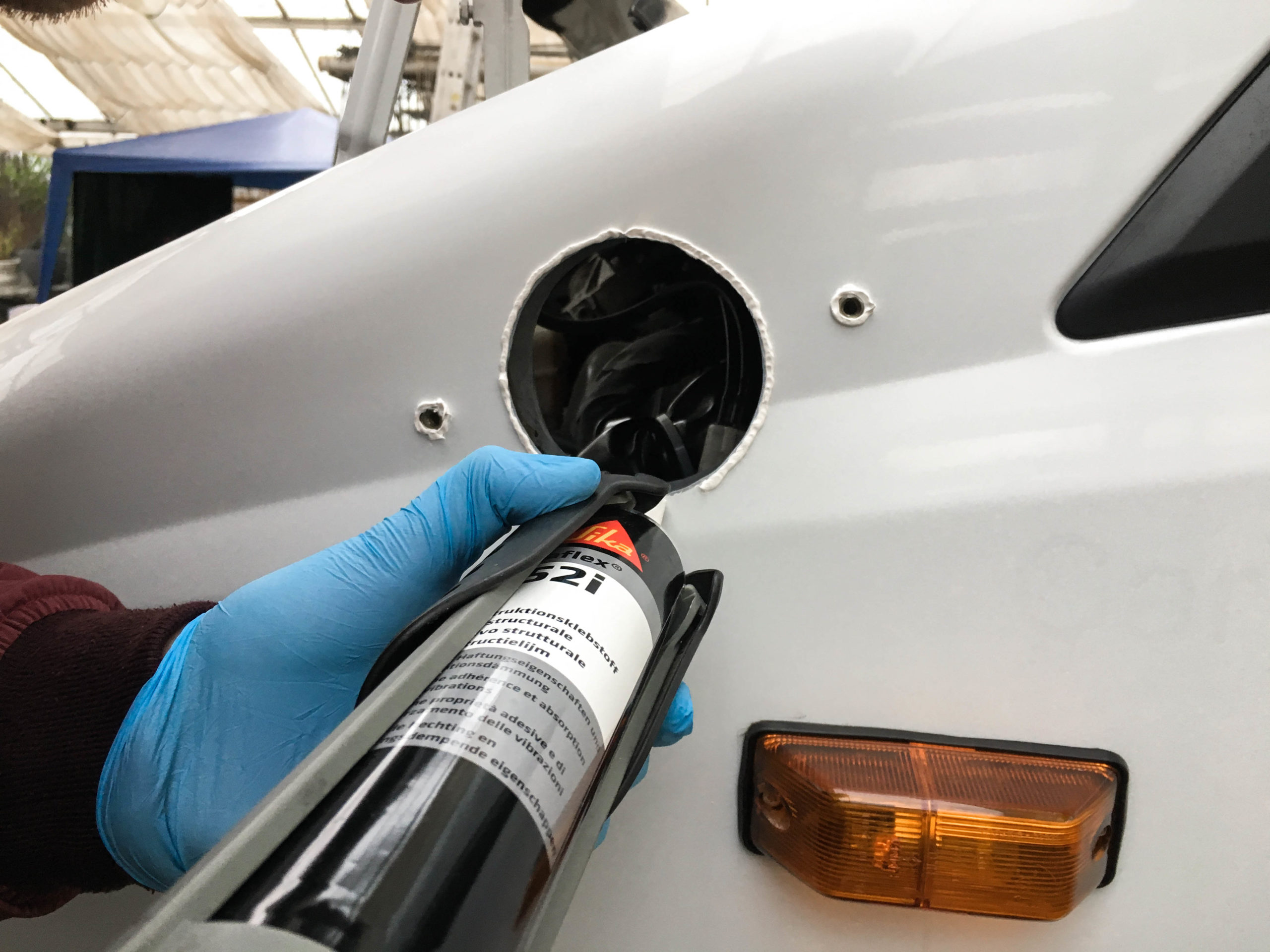 After that, we put in the snorkel and screwed it tight. 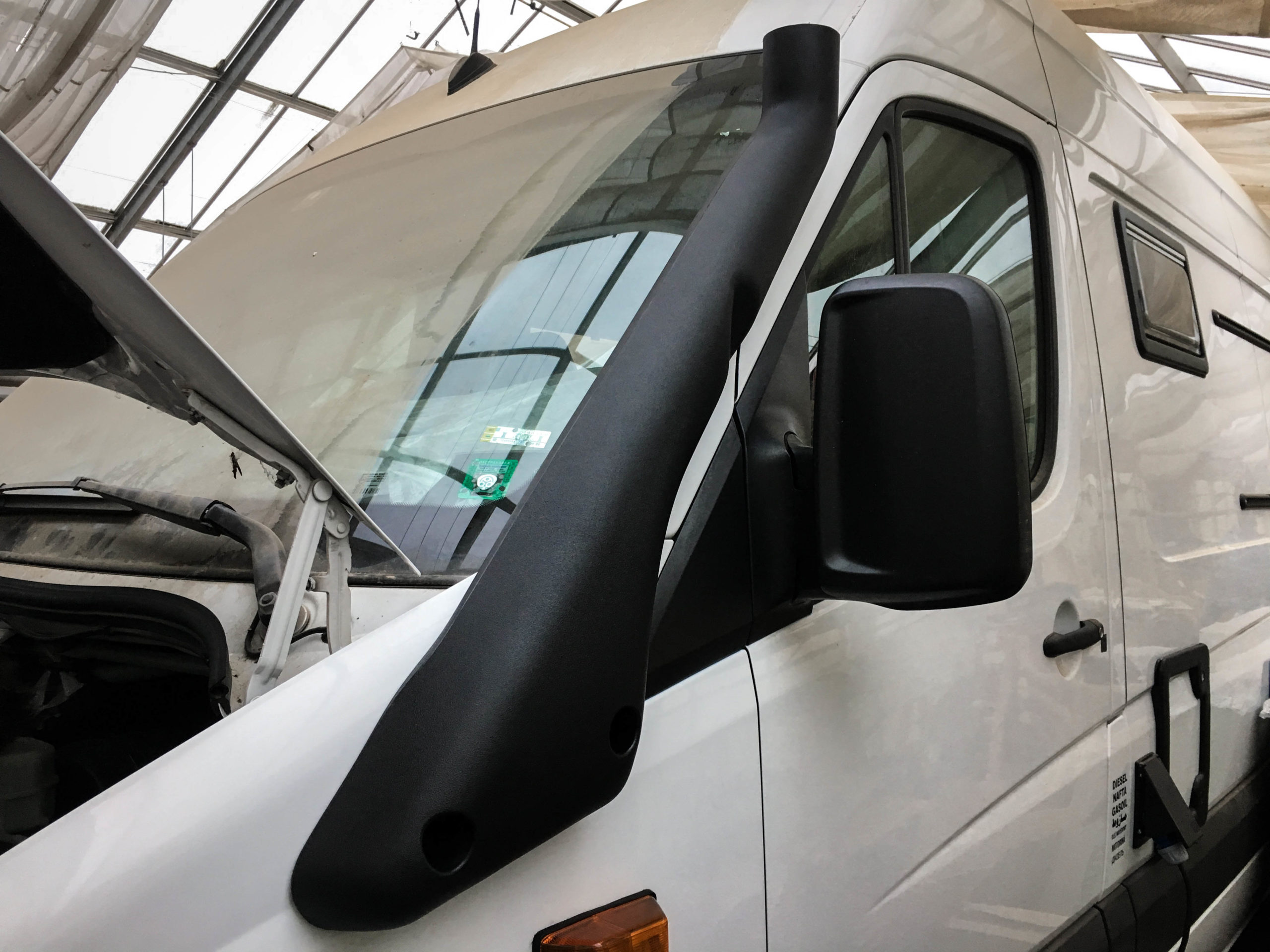 Right after, we added the head and the fitting clamp. The head is aligned towards the rear, even though it would look better aligned to the front 😉 But because it’s a suction engine, less dirt and debris will be taken in from the back than when the opening would be aligned to the front. 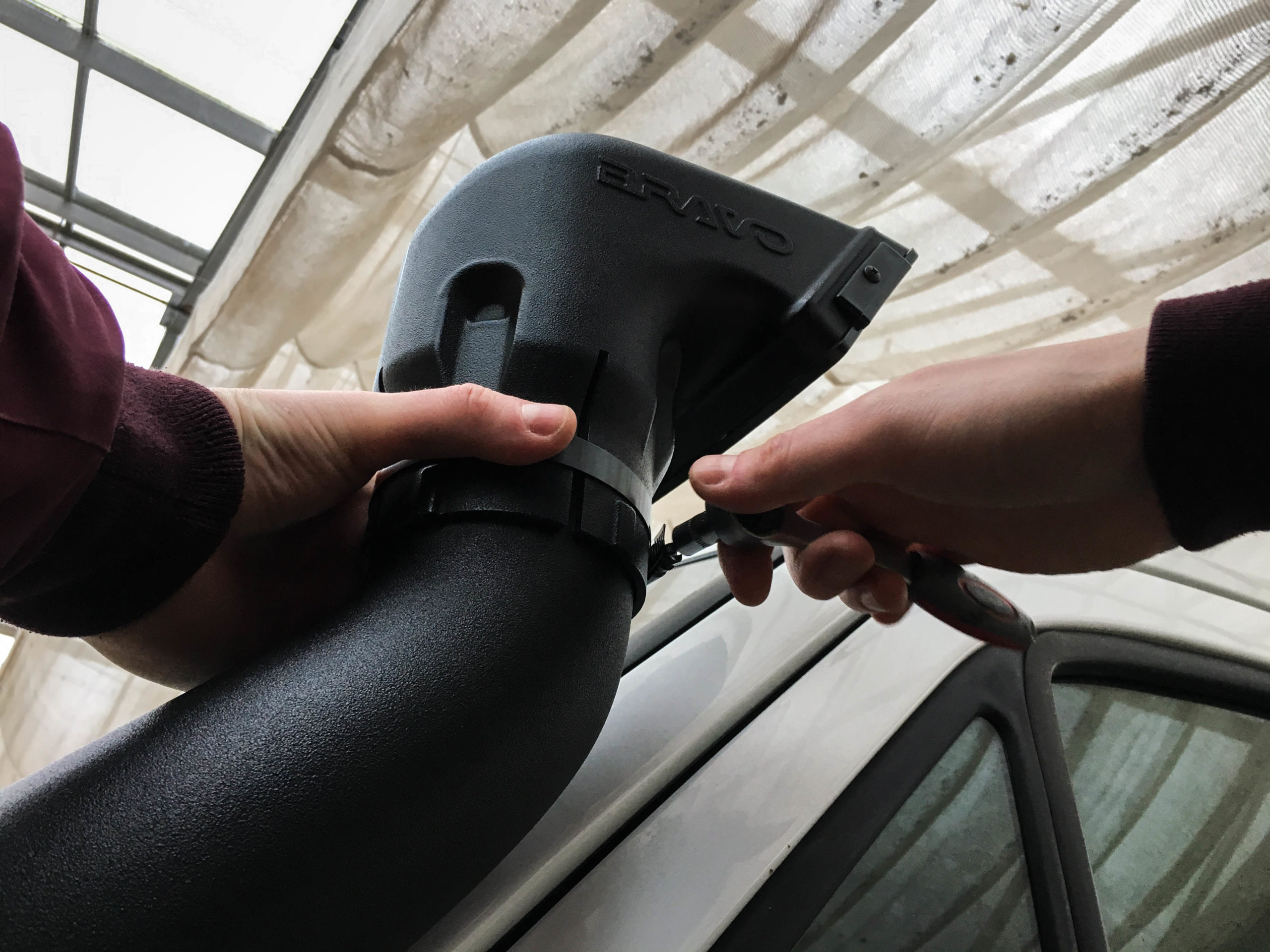 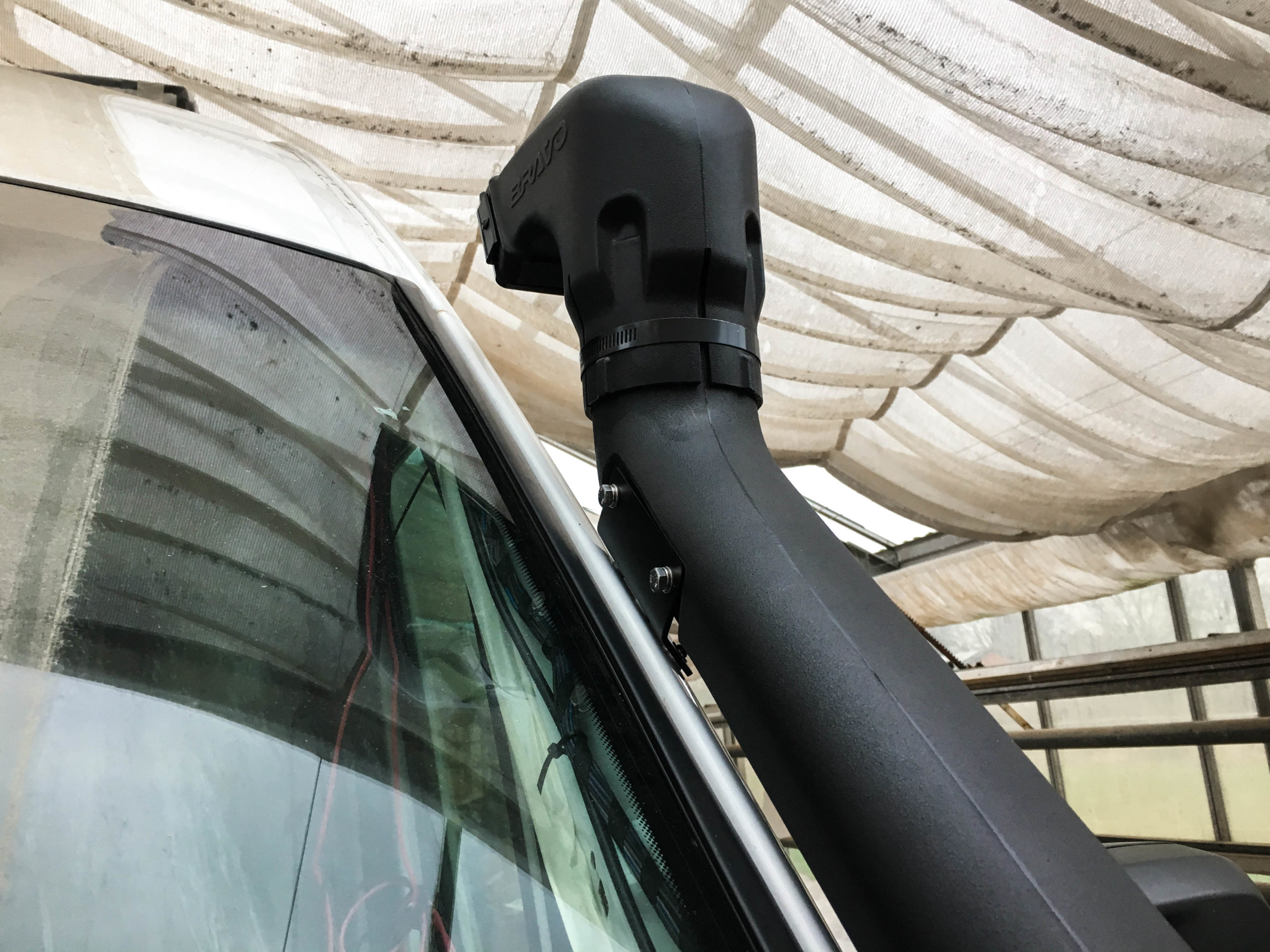 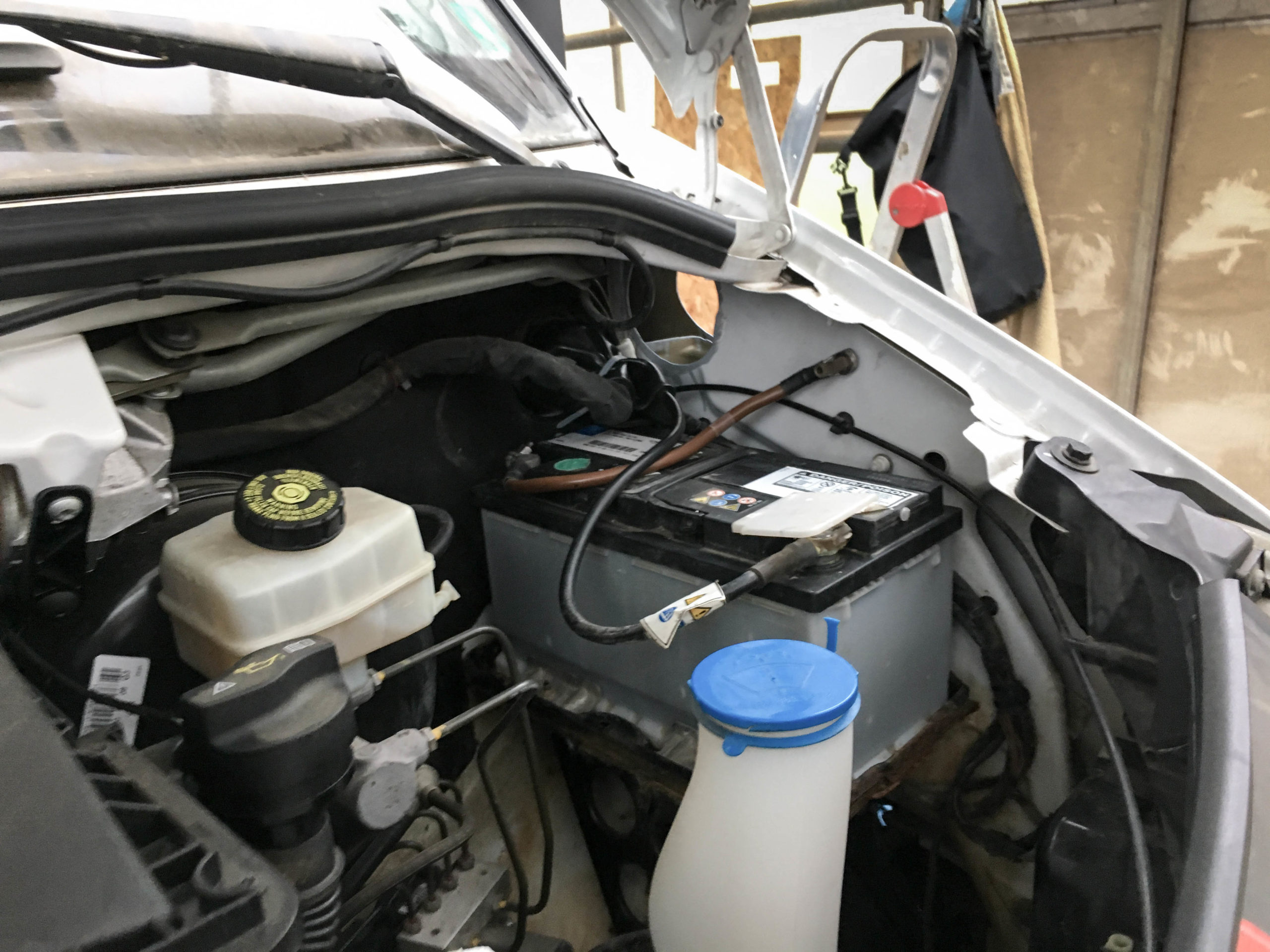 Now just assemble the parts in the engine compartment and tighten with clamps. 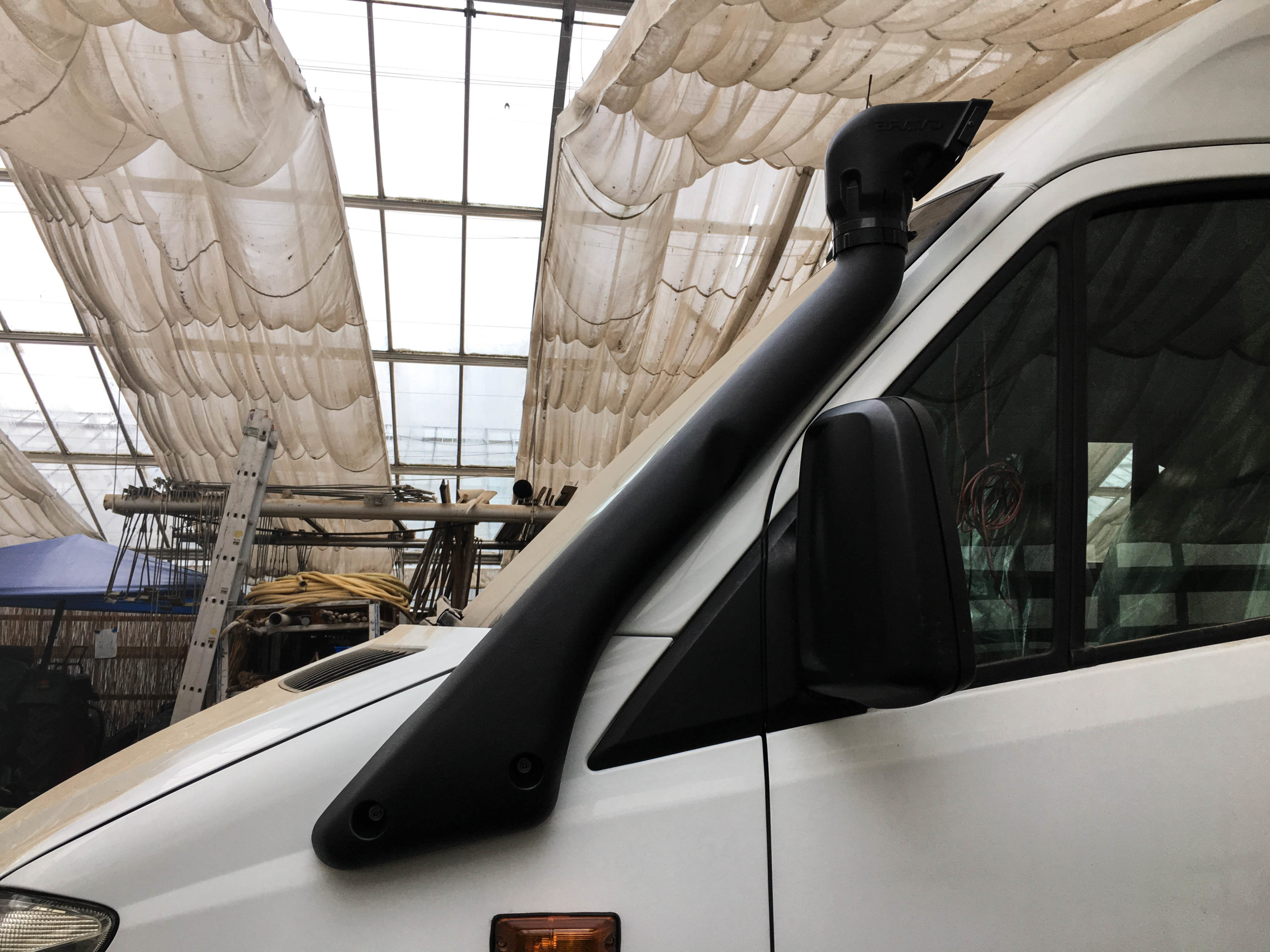 Thanks to this little dent the snorkel does not negatively affect opening the driver’s door.

We do consider changing the included head to a cyclone filter (centrifugal separator) to increase the pre-filter function. 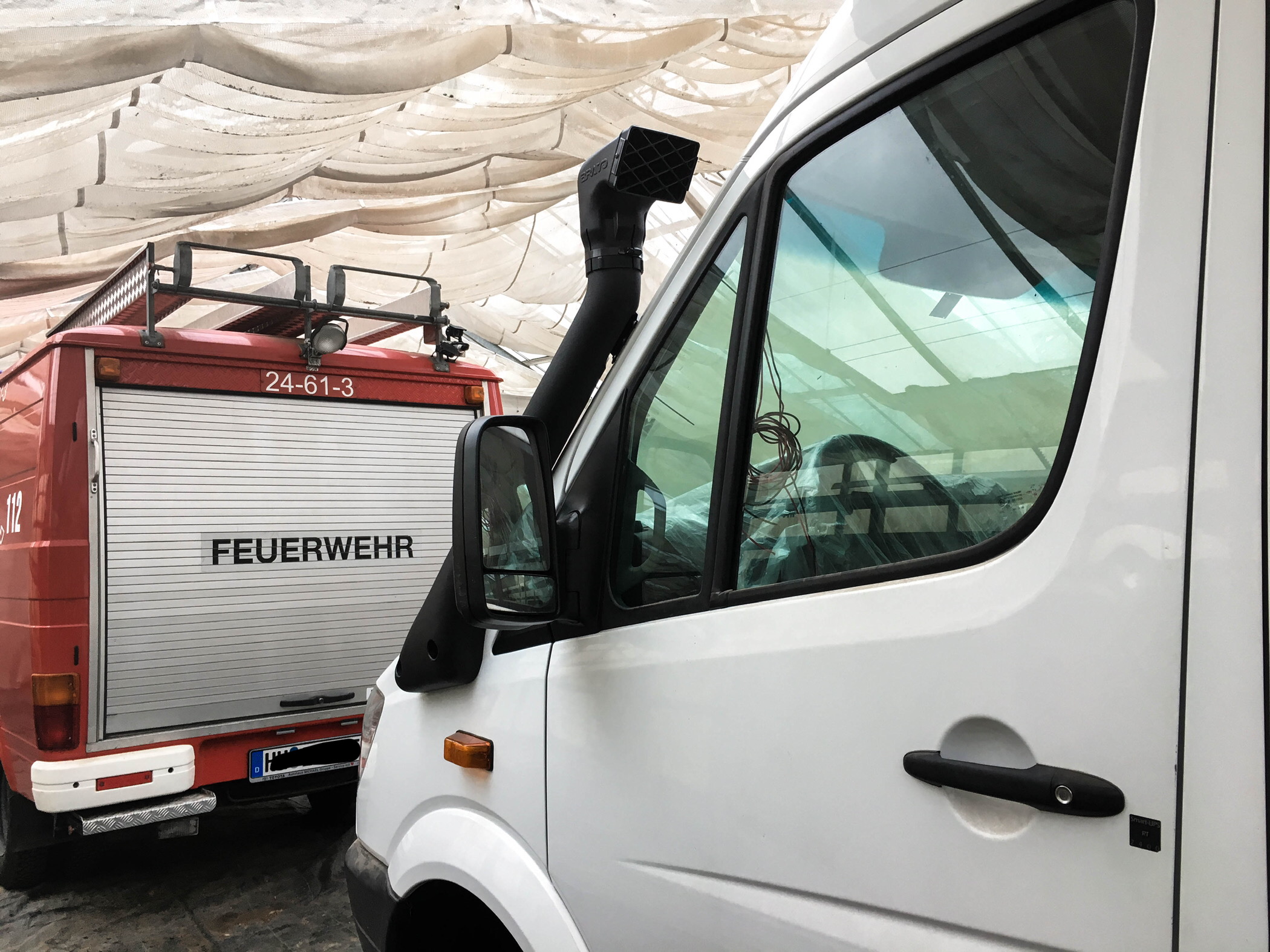 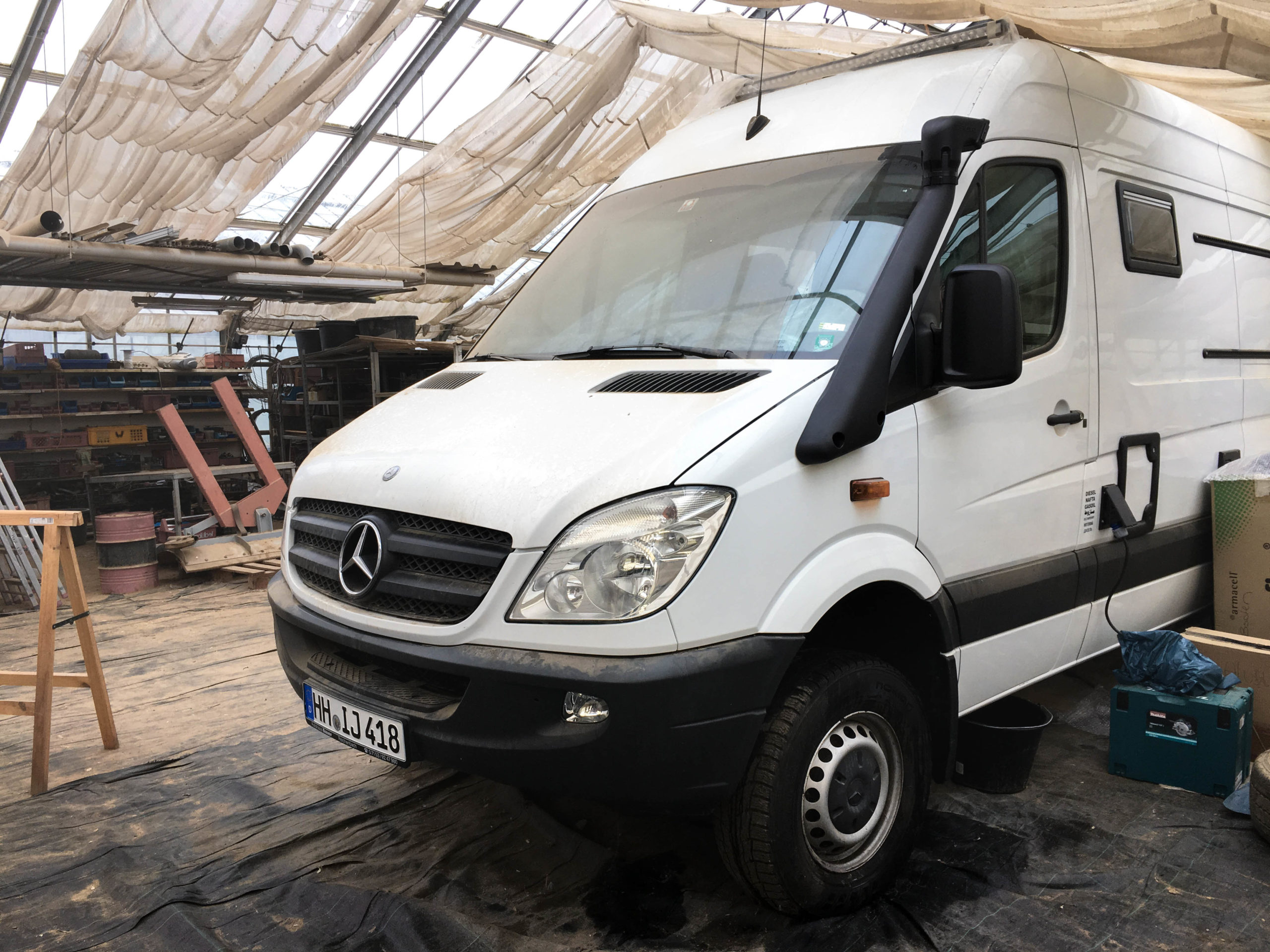 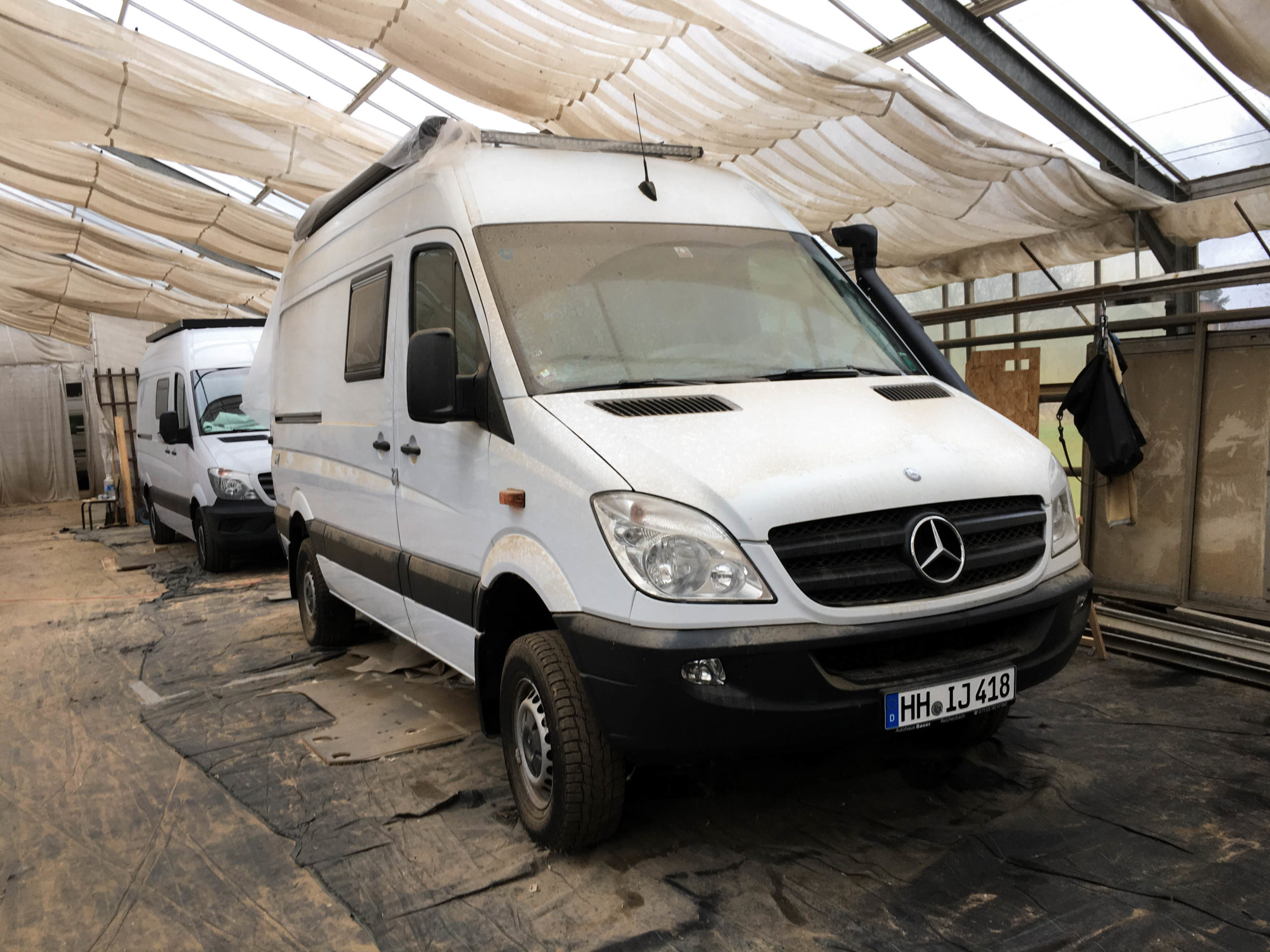